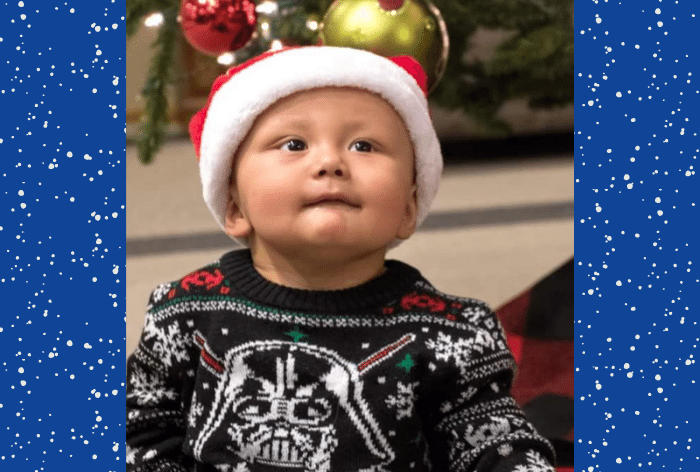 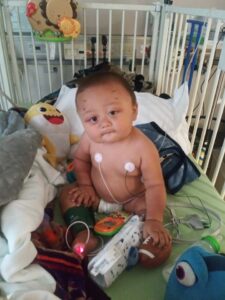 The first signs of a problem began with the swelling of Walt’s eye and progressed to a head bump that kept growing with no explanation. Doctors were unable to determine the cause but following a CT scan they were certain it was either bleeding in the brain or a tumor. That’s when the doctors delivered the news: Walt had cancer.

Walt was transferred to Children’s Wisconsin where he could receive focused treatment. They determined that Walt had Stage 4 neuroblastoma, a solid cancer of the nerve tissue that often begins in the adrenal gland. He would undergo numerous scans, a biopsy of his adrenal gland, a bone marrow biopsy and have a central line placed. Doctors found numerous tumors and cancer throughout Walt’s body including his brain, bone marrow, adrenal gland, and next to his liver. At this point, the cancer had spread so far that doctors were worried he would lose his sight in the next 24 hours.

With the cancerous tumor being so close to his eyes, surgery was too much of a risk. However, the innovative doctors at Children’s Wisconsin found a new solution. Walt underwent four rounds of emergency radiation treatment, which shrank the tumor and saved his sight.

Due to the sizes of the tumors, chemotherapy had to be used to shrink the tumors throughout his body before doctors could operate. Genetic tests also revealed that Walt had the NMYC gene, which caused the cells in his body to multiply faster than usual. At that point, they had to use aggressive treatment to be able to operate and give him a chance at life.

A Reason to Hope

After nine rounds of chemotherapy, Walt’s tumors had shrunk enough that he could finally have surgery. A specialist in resection surgery (surgically removing part or all of a tissue, structure, or organ) was brought in and the goal was to get about 75% of the tumors throughout his torso. After the surgery was completed, the surgeon informed Walt’s family that they were able to get 100% of the tumors which only left his bone marrow and head.

The next step was a stem cell transplant. The partial transplant was done and another, much larger one, was needed. Prior to his second transplant, doctors did a MIBG scan and made a miraculous discovery; thanks to ongoing treatment and surgery, Walt was now cancer-free! 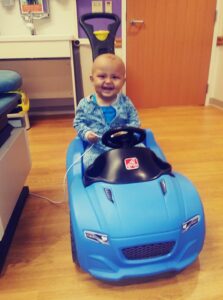 The Road to Recovery

While Walt still needed a large stem cell transplant, he was on the road to recovery. There’s still a long way to go as Walt contends with infections, radiation, and immune therapy treatment but thanks to cutting-edge research, Walt has a chance at a future.

His grandmother, Elisa, says, “He has been the strongest man I know to endure so much in such a short span of time. He really has been a miracle, and everyone loves to see him smile; even with everything he’s going through, he still smiles. We are looking forward to the day we can take him home. We know that it will be possible because of the hospital and research.”

Walt’s story was submitted by Elisa, his grandmother. If you would like to share your story to raise awareness for childhood cancer and related blood disorders, please email dtorgerson@maccfund.org