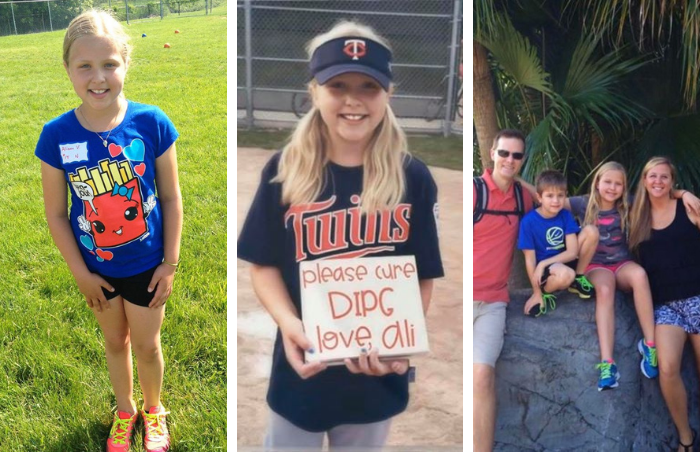 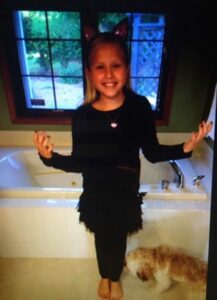 Alison “Ali” Verhaalen was an athletic, fun-loving, intelligent, healthy 9-year old girl, until one day she wasn’t. In April 2014, Ali began to exhibit concerning symptoms; her eye began to twitch, she felt dizzy and she frequently threw up. Her mother, Tricia, thought that it was merely the flu. But then Ali began having double-vision.

Thinking that she might need glasses, Ali’s parents took her to the eye doctor. The doctor determined that nothing was wrong with her eyes and that it was something neurological causing her problems. The family was immediately referred to Children’s Wisconsin to meet with a team of neurologists who were ready and waiting. After numerous tests and an MRI, a doctor informed the Veerhaalen’s that their daughter had a brain tumor. Now it was time to discuss options.

On April 10, a doctor tearfully informed Tricia and her husband that their daughter had a glioma, a terminal brain tumor with no known cure. Nine out of ten children live less than a year. There was nothing more that the doctors could do. The Veerhaalens would outlive their first-born child. 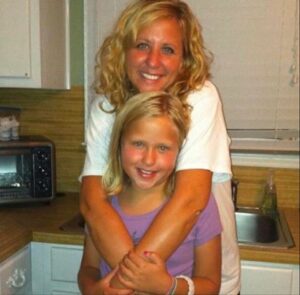 Ali underwent six weeks of daily radiation and a clinical trial oral chemotherapy drug. In just 7 ½ months after her diagnosis, Ali lost her ability to walk, talk, and even breathe. She passed away on November 29, 2014 at just ten years old.

“She is my greatest joy and reason for breathing. Every day, I am grateful that God chose me to her mom. I choose to take the very best parts of my daughter and live the way she did,” Tricia says.

While cancer research has come so far in the last few decades, it is not enough. For Ali, and other children like her, help us make a difference by supporting research that can save lives. Donate today: https://maccfund.org/donation/

Ali’s story was submitted by her mother, Tricia. If you would like to share your own story to help raise awareness, please email dtorgerson@maccfund.org