A Moment That Changed a Life

February 2019 was like any other month. 7-year old Myles Franzke was enjoying his life as a first grader until one day his mother Danielle noticed a 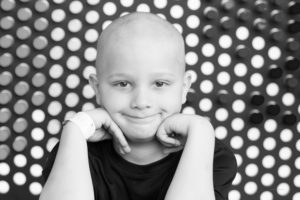 rash. It didn’t seem like a normal rash to her, it appeared to be under his skin. After trying some Benadryl which had no effect, Danielle took Myles to the doctor. Their family doctor decided that the best option would be to run a full blood panel to determine the cause of the rash. Danielle remembers how terrified and confused she felt as they ran tests, but weren’t able to give her any answers until the results came in. “That day, I left the doctor’s office with a pit in my stomach”, she remembers. Less than 24 hours later, the phone rang, and Danielle received the news that would change her life. 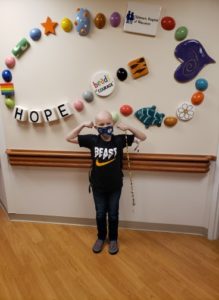 The doctors found that Myles had extremely low platelets and white blood count and was at serious risk of an infection. Danielle was advised to get Myles to St. Vincent’s in Green Bay for an immediate blood transfusion. “I felt the tears rolling down my face, my mind was racing. This can’t be, he’s my baby”, she recalls. After collecting herself, Danielle drove Myles to the hospital where they would remain for the next five days. Doctors ran a series of tests and tried several different treatments, one of which was an IVIG (Intravenous immune globulin) which they hoped would help Myles’ system to repair itself. Unfortunately, this didn’t work, and Danielle was forced to watch as Myles became worse and worse. “I was watching him slip away.”

Doctors decided that it was time to do a bone marrow biopsy. Despite the frightening situation, Danielle knew that she had to stay strong for her son. She and her husband sat together as they waited for the results. Finally, the tests were in and doctors returned to tell them the painful truth. Myles was diagnosed with Aplastic Anemia, a condition in which the body stops producing new blood cells.

Myles became dependent on blood and platelet transfusions. Yet every transfusion put him at greater risk of a serious infection. Danielle was terrified at seeing her son this way, “I thought we were going to lose our mighty Myles.” That’s when the Franzkes met Dr. Margolis and the MACC Fund 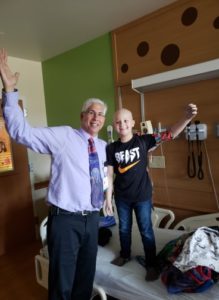 The best treatment option was a bone marrow transplant, but Myles’ older brother wasn’t a match, so doctors began a search for a donor. A week before Myles was to start a new procedure, Danielle learned that they had found a 10 out of 10 donor match. At the end of May, Myles received a round of chemotherapy to wipe out any bad cells in his body and on June 5th he received his transplant. Danielle feels so grateful to everyone who helped her son and family, “His match was an 18-year old from the Netherlands. I’m so thankful for this person, so thankful for this team. The MACC team and Dr. Margolis gave me more time with my mighty Myles. Aplastic Anemia changed me and my entire family. We have a long road ahead of us, but Myles is strong and mighty, we got this! Together.”

Myles’s story was submitted by his mother Danielle Franzke. To share your experience with childhood cancer or a related blood disorder, please email dtorgerson@maccfund.org